I am a die hard Netflix fan but certainly not an addict, I binge watch pyschological thrillers and suspense series if it interests me.

How I landed up at Netlix

I hardly watch T.V. even if I do it is only Music channel which grabs my attention, while the remote control of our T.V. stays arrested in my daughter’s abode 🙂 Me and my husband love to read and we love to watch thrillers at Netlfix. Movies or series, he has managed to change my preferences from romantic and light comedy to pyschological thrillers and suspense series. And I am not complaining 🙂

Here I am sharing my best or most loved watch list of series I have finished watching in last one year, we wait for the weekends to pull off a new series or a movie from Netflix and we enjoy it over a cup of coffee together. 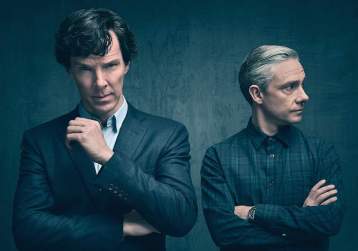 My first love from Netflix, this was a like a cornerstone for me. I never watched Benedict Cumberbatch as a consulting detective before this, I only knew him as Dr. Strange.

Based on the books by Sir Arthur Conan Doyle, the Sherlock Holmes series is modern, edgy, and mysterious. Based at Baker Street, London, Sherlock Holmes protrays a character with high intelligence, goes with the implicative theory of the science of deduction, calls himself as a high functioning sociopath and is as brilliant and arrogant as ever.

His loyal friend John Watson served in the Afghanistan war as an army doctor, who is an eccentric genuis and Holmes’ everyday companion. Together, they embark on thrilling, funny, and outrageous adventures.

Catch out these Baker Street boys if you haven’t yet.

After I finished watching Sherlock Holmes and as I mentioned it became a cornerstone series for me, my search went on untill I found something equivalent to the series and I landed up at Jessica Jones.

Starring Krysten Rytter, a PTSD (Post-Traumatic Stress Disorder) stricken superhero hangs up her costume and opens her own detective agency in this superhero drama.

A result of DNA trial after a traumatic accident. Jessica gains superpowers and her life turns upside down. Mysteries unfold as she gets each case and meet the hounds of her pasts. You will witness so much pain,trauma and suspense in this series but in the end you will sympathise with the character as the story moves with so much to tell. 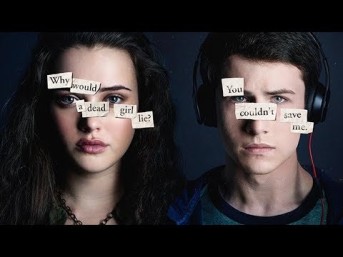 A perfect high-school scenario. With open friendship, broken realtionships, spoilt brats, abuse, bullying and enormous stress. It is purely a high-school drama based on the novel by Jay Asher published in 2007.

The series portrayes a cheerful beginning, followed by painful encounters and the hopeless ending. Although I did not enjoyed watching this one much but the circumstances which causes the central character of the series Hannah Baker to commit suicide were very disturbing and thought-provoking.

It made me realise that we as teenager or teenagers today hide so many things within themselves thinking no one will understand but it could lead to such a tragedy which could never be altered or undone. Take the googd from bad and leave the rest was my conclusion after watching the series.

Orange is the New Black

Now this is extra ordinary #orangeforever. Gut-wrenching but gripping and full of heart, the groundbreaking prison drama will take you to the places you have never been. Its stories crossed lines of class, race, sexuality and gender and mixed up comedy and drama to a huge extent.

Revolving around the central character of the series Piper and Alex. Ten years after transporting drug money to Alex, Piper is imprisoned for the crime. The toughness of prison changes her drastically as an individual, compelling her to do the unthinkable.

Life at priosn, the challenges and struggle they face is another prison inside a prison with the crucial inmates. An altogether different world which I never imagined exists. A prison full of women,their relationships, sex, violence, prison riot, murders, betrayals, death and fully loaded high voltage drama. 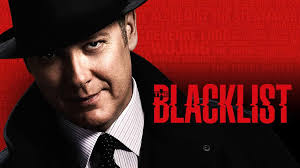 After Sherlock Holmes if I have thoroughly enjoyed watching any series it is,The Blacklist. You need to watch this series for three reasons:

Raymond Reddington (James Spader) The most wanted fugitive in U.S. He is one astonishing character who will make you laugh, you will love him, hate him, but each and every episode will make you more curious thinking what happens next. Mind-blowing team of FBI agents, and Idle boss and teamwork you will ever witness in the real life so I just enjoyed watching it at reel life.

I loved how the central characters of the series unfolds each and every blacklister in the country and the story moves parallel with the hidden secrets and mysteries which will leave you ashtonished and wanting for more.

Sacred Games, Mirzapur, Liela and Rabindra Nath Tagore Short Stories are few more which I have watched and all had a different flavour. Some also had too much violence, language and disturbing elements.

I prefer wathching documentries on real life and Netflix has many to offer, someday I will write a post sharing my movie watch list too. Weekend is around, hope you have a good time.

P.S: If nothing else interests you do watch F.R.I.E.N.D.S once if you have not watched it, You will never regret it.

An American Sitcom which has grabbed the heart of millions

4 thoughts on “Five series I binge watched at Netflix”