This blog is entirely dedicated to my grandmother. She left us exactly two years back and I can still not believe that she is no more around me.

She was one strong-willed, selfless woman I have ever met in my life. Simplicity was synonymous to her, her straight-forward attitude and how she was never afraid of calling spade a spade and choosing to live a very basic life, always made me admire her more.

Now I will take you Four decades away, a flashback of her life story. My uncle (my mother’s brother) her only son passed away due to chronic cancer in his very young age and she was left with her six daughters, out of which three were already married and remaining three including my mother were studying. My grandfather was a political leader, a very well-established businessman and he was brutally murdered in his own premises when my mother was just 14, right in front of her eyes, wherein she had just arrived to call him to have lunch and what she saw were few goons brutally killing her own father and she fainted. My grandmother along with her six daughters (yes six, I know it sounds like a lot) managed everything alone.

As I mentioned above, my mother saw the murder happening in front of her and it took a toll over her, she went through deep mental trauma. She is emotionally very weak, hence she could not study further and got married at the age of 18. But still my grandmother stood strong, They had a big house, farm, property and all went into drain because my grandmother was not educated and nobody was there to fight for her, support her and she was just left with a house and some money in her account.

When my uncle passed away my grandfather had adopted a young boy so that he could look after my grandma and soon he became like a family member. My grandma took care of him like her own son and he too is a very generous person, he looked after my grandma religiously.

With all she went through in her life, nothing changed that human residing inside her, she was still sweet, caring and friendly to others. After she was through with responsibility of all her daughter’s marriage and education, she opted for a very simple life, devoting her all time in prayers and spirituality. She was happy in every situation and I never heard her complaining about anything. She always used to crack jokes, mimic people around, recite bhajans, travel a lot to meet all her daughters and their children. If we see as an individual, as a human or a woman she has suffered a lot which my words even can’t justify to describe what all she went through but she never cried, cribbed or kept sharing her cry story to everyone…she was one strong and a real woman.

I still remember her divine smile and her loving touch. I still call on her mobile phone number just to see her name and number on my phone screen, which is now used by my elder aunt, thinking that I might get to hear that chirpy voice once again. I can never forget her for what she was, more than my grandma she was a woman of substance and I love her for what she was. Even now when I think of her I can only remember her smiling face. I could not write properly because my hands are literally shivering while typing and I feel quite low remembering her as I could not see her in her last days. But yes I will always remember her. 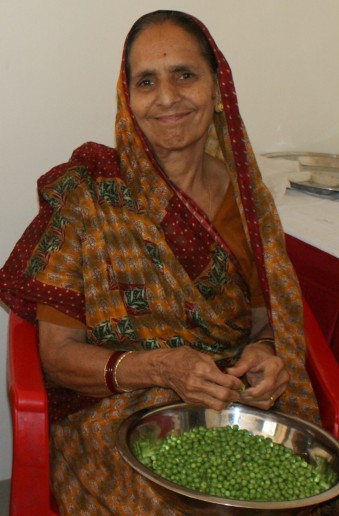 16 thoughts on “Remembering her..”