What has Physical Activity to do with Mental Health?

Recently I completed a certification course on Mental Health from Alison Education and it gave me very valuable insights on Mental Illness and the importance of well-being. Through this short post, I would like to share a small part of my learnings.

We often take our health for granted and it is only when an alarming situation shows up we realize the importance of the time we DID not invest in our health.

We could be a different story altogether if take charge of our lives in our own hands, external factors will be always there to influence, eradicate us or completely trying to destroy us but we need o to be thick strong to stand facing them, looking them into the eye and ask them to back off.

But how? How can we be that strong to deal with any such situation in our life? No, we do not need to have superpowers but we need to have some physical strength which will, in turn, keep us in a good mood and enhance our mindedness.

As per WHO (World Health Organization) 330 Million people are suffering from some sort of mental distress. It is estimated that as many as 25% of the population suffers from mild to moderate depression, anxiety, and other emotional disorders.

Some cope with these disorders individually, without professional or medical assistance. Physical activity is a natural environment that can be a promising aid for such people.

Physical activity can have a positive effect on aspects of mental health and psychological well-being, such as depression, mood, and cognitive function.

Mental Health and wellness is the absence of Mental illness, such as depression, anxiety, and the ability to cope with daily challenges in a positive, optimistic, and constructive manner.

Exercise can prevent or reduce the extent of mental illnesses such as depression and it is also believed to have a positive effect on self-esteem in adults. It can also enhance mood and reduce stress levels, thus allowing us to tackle daily challenges in a more positive, optimistic and constructive way.
Anti-depression medication is often prescribed to treat depression, but compliance with taking these medications is often poor and they can have negative side effects (Lawlor and Hopker, 2001).
It has been suggested that one in six adults in Great Britain suffers from a mental health condition, such as depression or anxiety (Cooper and Bebbington, 2006), which makes the effective treatment of these conditions an issue of great importance.Also, because people differ greatly, explanations for improvements to mental health may vary according to the person concerned.

How exercise could help in reducing stress?

Anti-depression medication is often prescribed to treat depression, but compliance with taking these medications is often poor and they can have negative side effects (Lawlor and Hopker, 2001).

Exercise has been suggested as an alternative or additional treatment to medication and other treatments.
It has been shown that exercise has a positive effect on mental health, but in practice, it can be difficult to pinpoint the exact reasons why.

Psychological benefits of physical activity are:

It seems that an exercise duration of 20 to 30 minutes at least 3 times per week of 60%-90% of age estimated Hrmax (ACSM) could result in desirable psychological benefits or even 20 to 30 minutes of exercise may be sufficient for stress reduction (Berger, 1986; Berger & Owen, 1983), 60 minutes may result in even more psychological benefit (Carmack & Martens, 1979; Mandell, 1979)

Physical Activities to choose from:

However, other recreational activities, such as ball games, aquatics, and the like, can be psychologically advantageous as well.

In summary, the potential psychological benefits of being actively involved in regular vigorous physical activity programs are as follows:

If we go by the evidence and supporting scholarly articles we can believe in this method of overcoming stress and fighting any Mental Illness but to justify it on a universal level the accumulation of scientific evidence is vital in research.

The more the evidence there is a more positive link between physical activity and Mental Health. The more likely it is that the healthcare services will be directed towards providing exercise as a treatment for Mental Health Conditions instead of drug or medication, to combat the long-term side effects.

The more the people will adopt a healthy lifestyle and get into physical exercise the government and institutions will take steps in investing in exercise as a means of treatment for such condition in an individual otherwise the hospital bills and the side effects of the prolonged illness is no less than a cause of stress to the individual and the family members supporting him in his treatment. 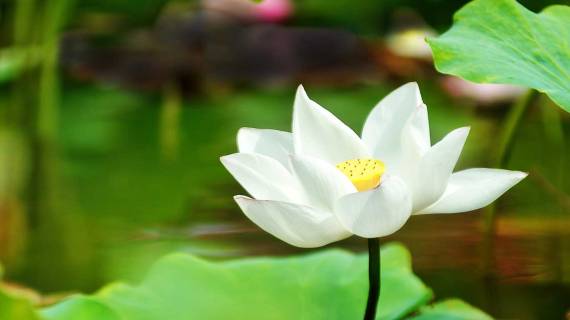 We can improve our quality of life by adopting physical activities in our daily life. Say yes to life. This article is just an attempt to share my learnings and promote Well-being to whoever reads it.

Conducted a session on "Mental Health Awareness" with teachers @mytrinityschool
जहाँ दूर नज़र दौड़ आए, आज़ाद गगन लहराए जहाँ रंग बिरंगे पंछी, आशा का संदेसा लाएं...
Thank you @bharatiya_youth_face_of_india for recognising my work in the field of blogging. Special Thanks to Mudit Pathak for all the efforts he has put in the entire event.
Debra @debraatlas_author started to realise the seriousness of her depression when she attempted suicide at age 14. Since that time, she has devoted herself to conquering herself and helping others suffering from depression. Today, Debra is a newspaper columnist, freelance environmental journalist, radio personality, professional blogger, professional speaker and green business practice consultant. She continues her work on climate change issues, including environmental conservation, sustainability, GMO-related issues, green innovation and agricultural concerns.
Will be here today! ✨✨✨
Neeli saari aur heero ki chamak ke bich..thodi aur nazakat si mehsus hui 😀
Emotional hygiene is about paying attention to your emotions, feelings and thoughts . It has direct connection with your psychological well-being.
My nonchalant moment✨✨🌼🤍
With love from the @the_palette_postcards 🌼🌼 I love the work they do and wanted to give a major shoutout to their page❤❤ Go check out one of the the most vibrant page on Instagram🌸 Thank you @an_artistic_storyteller @scarsandglory 🤗🤗
Meet the guests for the month of September -- Humanity Ki Chain- Season 2 @humanitykichain
Letting go is never easy, let's talk about it @justbaatnow today at 8:00 pm
"Mama, all the best" ❤ This hug! Before every session I conduct, before every interview I am invited to or guest interview I drive for "Humanity Ki Chain". She has her own days, I have mine and somehow with each other, we balance this act of life🤗❤🤗❤ Ishaanvi❤🤗
"You have to fight through some bad days to earn the best days of your life".
Milte hai aaj 8 baje @justbaatnow par.. Kuch baatein karte hai.. App download to karli na?
Rooting for myself, clapping for myself because I am incessantly working on myself😇
You don't take a photograph, you make it🌼
Main hamesha teri raksha karungi bro 😁 @krrishnendra 😄😃 Happy Rakshabandhan🌼🌸
Ok, you might be a good person, but are a good company for my mental health? 🤷‍♀️
Presenting the 3rd Episode of "Humanity Ki Chain" -- The super gorgeous guest joining us today is @snehal.d from Mumbai.
Will be here today!
Loading Comments...
%d bloggers like this: